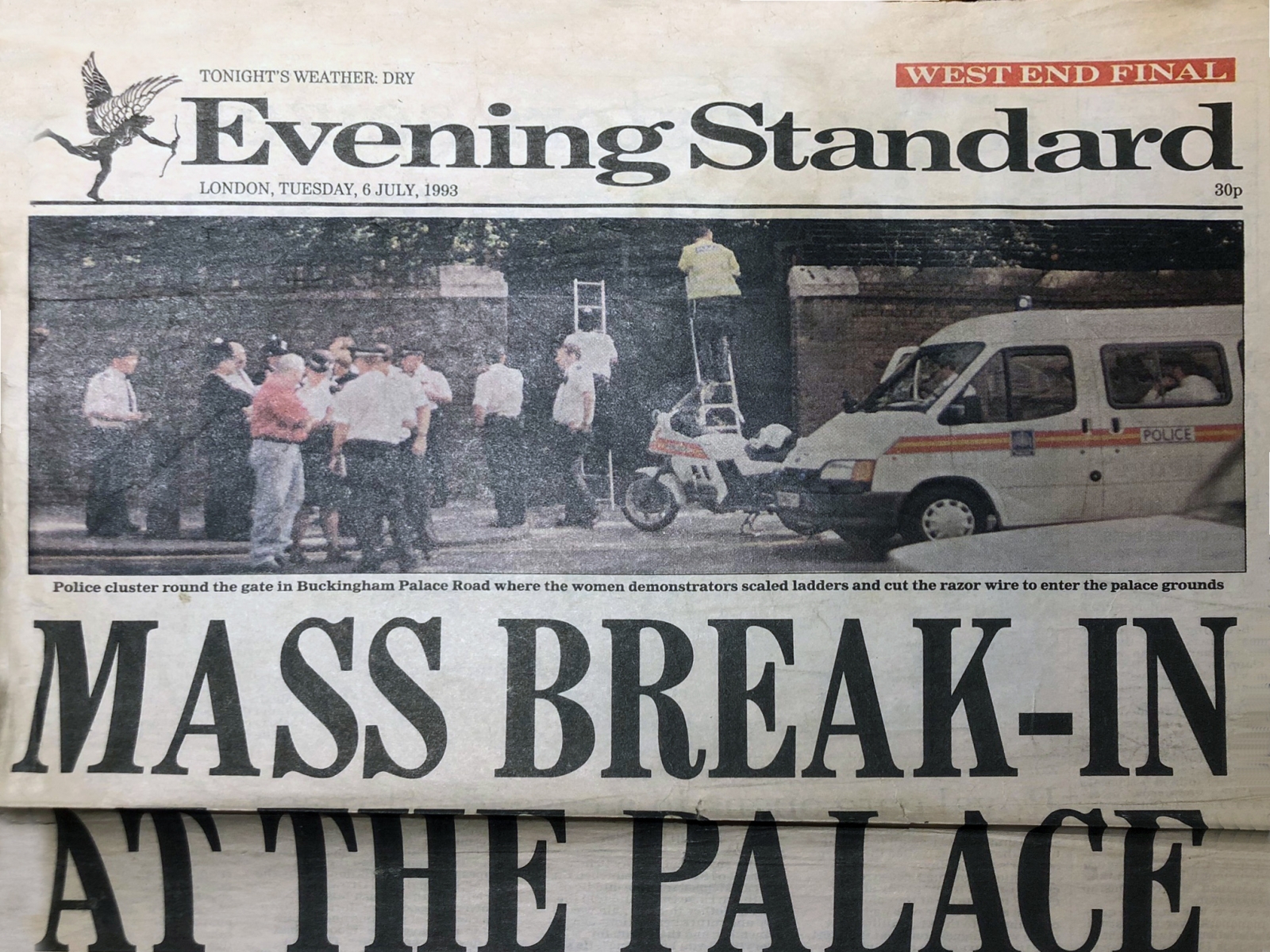 The Ultimate Shot.
But Then What?

It was July 6 1993. The place, London.  The job (if you can call it that) was the mind-numbing task of filing travel surveys in a bland office environment near Buckingham Palace. With mind drifting Nick Tapper was summoned back to the ‘here and now’ with the sounds of sirens blasting.

A moment in history…

“The Queen, Buckingham Palace and Police sirens, told me something serious was taking place”

Out on the street with camera in hand, and still not really knowing what was happening, Nick focused on capturing the story.  Afterwards the inevitable ‘what next’ question.

How do I get these published?

One problem, Nick didn’t know where to send his photos or how much they were worth.

First Nick rang the newspaper The Sun who suggested he contact The Evening Standard who had an evening edition. He made the call, explained the situation, and was told to wait for a motorcycle courier to pick up his film (old school photography so the film had to be processed!).

Now Nick had a second problem, handing the film to the courier, he had lost control of the original photo.

Time passed... He eventually got a call from The International Picture Library looking to secure the photos. He didn’t know what to do! Another hour passed and still no word.

On the way home on the London Underground Nick caught a glimpse of his work on the front page of The Evening Standard.  Would his pictures make it on to the Evening News? Nick’s anticipation of financial reward sky-rocketed. So what was the story?

Back at the Palace

The event was a ‘staged’ break-in by Protestors.  The protesters had organized a photographer and the evening BBC News featured the protestors own photo, not Nick’s. No big payday for Nick, but eventually a check from the Evening Standard (that paid for a budget weekend trip to Greece).

Since then Nick has spent considerable time working in media, as a senior producer for the BBC, Channel 4 and TVNZ giving him more insight into how media companies benefit from eyewitness photography and video.

Nick’s never been able to leave behind the ‘itch’ around how things might have been.  With most media organizations now reliant on user-generated content he saw the opportunity to create something that would genuinely reward individuals (like him) who happen to capture valuable news footage.

Fast forward to July 2018 and the launch of Sell-It.Media.  A place for eyewitness photography and video to be uploaded. Where media companies can bid on the footage, and individuals (like Nick) can find the true value of their video footage or picture.

Media companies have been making money off footage provided for free.  Sell-It.Media gives control back to the individual (who shoots the footage or picture). They no longer need to give away their rights and reward.

Learn more about Sell It. Media →